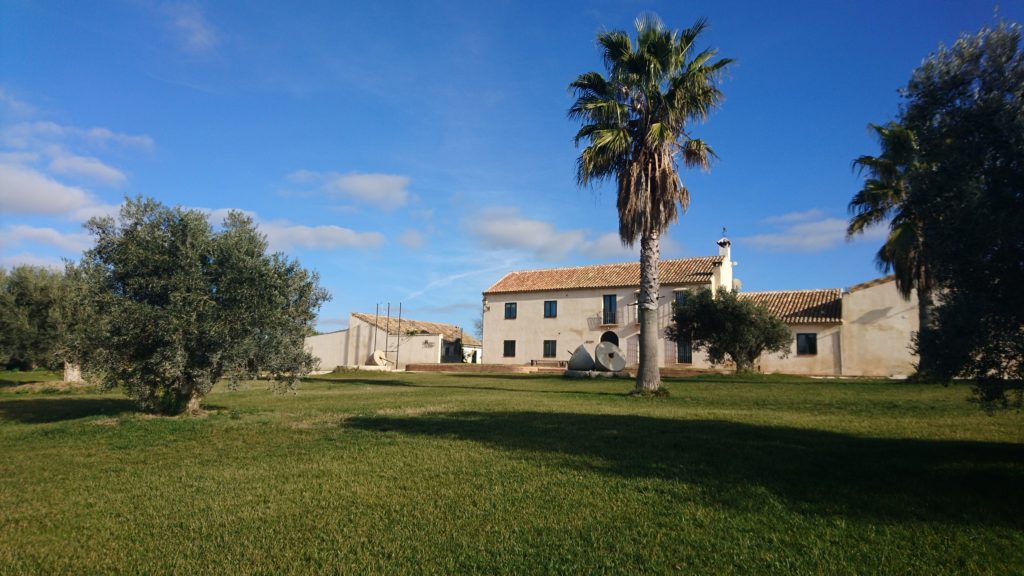 We are very happy to have Finca La Torre olive grove among our suppliers.

We are marketing two of its products:

-ONE in arbequina and hojiblanca variety in 250m.

Its olive grove is situated in Malaga, just 15 minutes from the historical town of Antequera.
Finca La Torre is a beautiful old farmhouse with an adjacent working building.

The quality of their oils has been acknowledged by:
– Ministry of Agriculture, Food and the Environment from Spain five years in a row, last one on 23rd March 2018. The award was given to their biodynamic Finca La Torre seleccion hojiblanca.
-Flos de Olei, this Italian Olive Oil guide included Finca La Torre in its last edition 2018 among the best 20 extra virgin olive oils in the world.

Finca La Torre is recognised for its high-quality oils and also its commitment to biodiversity and sustainability. Finca La Torre is one of the first mills in Spain producing biodynamic extra virgin olive oil along with belonging to olivares vivos organisation. This is a group of public and private institutions supporting the future of olive groves. They are convinced that another olive-growing model, profitable and committed to nature is possible.  They work to recover the biodiversity of olive groves in Andalucía.

Furthermore, they organise a marathon across the olive grove every year to raise money for Vicente Ferrer Foundation. A non-profit organisation helping minorities communities in India.

Because of all the above mentioned consuming a Finca La Torre oil is not just about enjoying one of the best oils in the world. It also to contribute to environmental community enhancement.

In conclusion, the next time you choose your bottle of extra virgin olive oil please think twice, one in the oil inside in terms of quality and second the project is behind it.

Now the choice is yours!